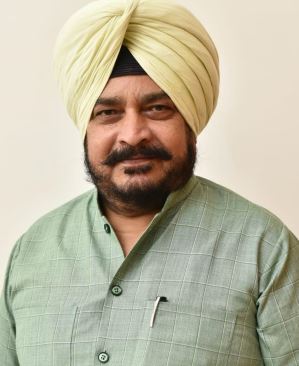 Lashing out at Delhi Chief Minister Arvind Kejriwal for his double speak on contentious farm laws, Punjab Cabinet Minister Sadhu Singh Dharamsot on Wednesday said that everyone was fully aware of hypocritical character of Kejriwal as his sayings and actual facts were always poles asunder.

Accusing Kejriwal for adopting double standards on black farm laws, Sadhu Singh Dharamsot said that neither Punjab CM Captain Amarinder Singh nor any of his cabinet colleagues and party leader was scared of enforcement directorate. He questioned wasn’t Kejriwal the first person to implement these laws in Delhi? Dharamsot also reminded the Delhi CM that contrary to his act in the National Capital, Captain Amarinder Singh was the first CM across India to pass laws against the anti farmer laws in Punjab.

The Minister emphasised that the track record of Captain Amarinder Singh reflected that he has always been at forefront to safeguard the rights and interests of Punjab, Punjabi and Punjabiat without any apprehension of losing power or position. On the other hand, Kejriwal’s dual stand on SYL issue is known to everyone, said Dharamsot adding that Punjab is just a ‘political game’ for Kejriwal but on the other hand it is the motherland for Captain and all of us and we would do our best to protect it, its people and their rights.

The Minister said that peaceful protests of farmers were only ensured under Captain Amarinder Singh otherwise the political people like Kejriwal and Sukhbir Singh Badal, if in power, could jeopardise the situation.

Captain Amarinder understands the pain of the farmers and he has sympathy for them in his heart, said Dharamsot adding that whereas the leaders of AAP and SAD were just trying to get political mileage from these issues and they were not at all worried about the concerns of farmers.

Talking about the stubble burning, Mr. Dharamsot said, “I fail to understand why does the pollution from stubble burning reach only Delhi and not Chandigarh or Karnal? Its because the pollution is there in Delhi only which comes from their factories and cars and Kejriwal has put the blame on the poor farmers of Punjab to hide his own failures.”

Further criticising Kejriwal, Mr. Sadhu Singh Dharamsot said, “Today the biggest enemy of farmers is Kejriwal. You cannot claim to be a saviour by claiming that you provided an anti dote when you are the one who had given the poison in the first place. The fact is that Kejriwal implemented these farm laws in Delhi and is now just trying to cover it up by showing that he is pro farmers just to fulfil his political ambitions in Punjab.”

Criticising the Modi Government, Mr. Dharamsot said, “Modi wants to pressurise the farmers by sending NIA notices to them, but Punjab’s farmers are not scared of anyone. Their demands are genuine and they have been feeding the nation since last so many years. These anti farmer laws should be repealed immediately.”

“Today in Punjab no other party has any presence in Punjab except Congress and there is no other leader in Punjab except Captain Amarinder Singh who can lead the state. After Ahmed Shah Abdali, if anyone has looted Punjab, it is the Badal family and on the other hand we have Aam Aadmi Party whose leaders say something and do something else due to which people of Punjab do not believe them any more. The upcoming Municipal Elections will be a reflection of the 2022 Vidhan Sabha elections and they will be sweeped by Congress across the state” said Mr. Dharamsot

Criticising the Badals on their stand Mr. Dharamsot said, “I want to remind the people of Punjab, what had happened when these ordinances had been introduced. Sukhbir Singh Badal along with Harsimrat Kaur Badal and even Parkash Singh Badal had appreciated these laws and today after facing the wrath of farmers they were forced to take the U turn on the issue.”