Chandigarh: The Punjab Government led by Captain Amarinder Singh has decided to convert the Bathinda jail, originally built as women jail, into a high-security prison to lodge some of the most dreaded criminals, gangsters and terrorists, who are currently kept in high security Nabha and other jails.

The state government has also decided to create new high-security zones for the dangerous criminals, gangsters and terrorists lodged in some of the other prisons across the state, in a bid to segregate them from other criminals and minimize the threat of gang wars in prison.

The Chief Minister gave his approval to these proposals of the Jails Department at a high-level meeting held to review the prisons security and prison reforms.

At present, there are more than 240 dreaded Gangsters lodged in Punjab Prisons and 10 high security zones/jails have been established to keep them under strict control and surveillance. These are eight central prisons, the Security Jail Nabha and District Prison Sangrur.

There are specially earmarked areas inside these jail, with enhanced security features required for lodging gangsters and other notorious criminals in order to effectively monitor their day to day activities, the meeting was informed.

However, in view of the rising incidents of threats and intimidation by these hardcore gangsters and criminals, the Jails Department has decided to create new high security zones for them.

It has been proposed to convert the  Bathinda jail into a high security prison for dreaded gangsters, to be shifted from the maximum security Nabha prison, with both having capacity of 250 inmates. This will necessitate minor modifications at a cost of Rs. 5 crore. The Bathinda  jail already has peripheral livewire fencing.

The Chief Minister ordered the police to continue their aggressive crackdown on hardcore gangsters and criminals, warning that nobody would be allowed to take the law in their hands or vitiated the peaceful law and order atmosphere of the state. His government was committed to wiping out crime from the state, he added, lauding the Punjab Police for neutralizing many of the dreaded gangsters in the last one year, besides forcing others to surrender. 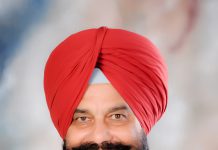 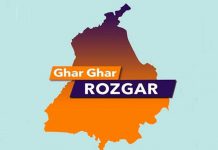