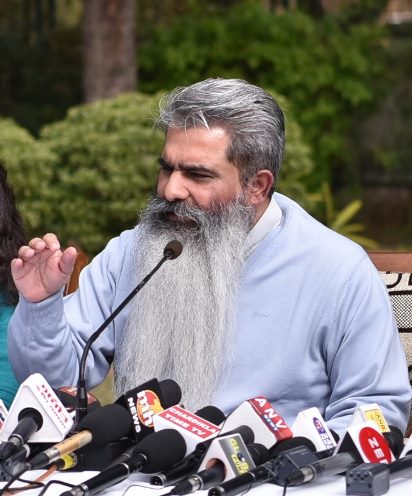 The procurement of wheat would begin in Punjab from 10th April, 2021. All the necessary arrangements have been made. This was disclosed here today by the Food and Civil Supply Minister, Punjab, Mr. Bharat Bhushan Ashu.

He said that during the current season, the procurement agencies as well as the FCI would procure wheat on the fixed MSP of Rs. 1975. He also added that the Agriculture and Farmer Welfare Department of the State has expressed the possibility of the arrival of 130 lakh metric tonne wheat in view of which, the  targets of procurement of wheat have been fixed between various agencies such as Pungrain 8.5 lakh MT and 121.5 lakh MT  wheat will purchased by  Markfed , Punsup  , Warehouse  and FCI under Central pool.

The minister further said that the state government has increased from 1872 to 4000 and as per their linking plan, the allotment has been done between the agencies.

Mr. Ashu further said that during the Rabi season 2020-21, the state government has made arrangements for the new jute/HDAP/PP sacks of 50 Kgs with regard to the procurement of wheat for central pool. The Pungrain has arranged for the sacks with 30 kg capacity for filling the wheat to be distributed under the National Food Security Act. Every district is being supplied with Bardana as per need. As per the state government directions, the Mandi Board issued tokens Mandi wise and Arhti wise and Bardana would be sent to the Mandi and provided to the arhtiyas.

He also said that as per the directions of the Union Government, instructions have been issued regarding blue colour stamping of the wheat sacks to be sewn with blue thread.

The minister further divulged that in view of the situation unfolding due to COVID-19, the Punjab Government had earlier taken the decision to start the procurement season from 10th April, 2021 and the procurement process would continue till May 31st, 2021. He also said that token system has been introduced in mandis of state so as to enable the farmers to systematically bring their wheat to the mandis. Apart from this, the social distancing norms would be enforced in the mandis, in accordance with which box signs of 30 ft x 30 ft have been marked at 2 metres distance. The wheat would be unloaded in this area only and further, the bidding time for wheat has been fixed between 10 am to 6 pm.

Mr. Ashu also added that the labourers would be provided with masks by the contractor of transportation in order to protect them from COVID-19. The procurement agencies and Mandi Board officials would ensure that the labourers remain in good health. The instructions have been given to the transportation of wheat between only one route in one Mandi to one storage point, Sanitization, providing masks to the truck drivers.The payments with regard to the wheat procured in Rabi season 2020-21 would be made through the online mode via Anaaj Kharid Portal.

The minister said that all the DCs have been directed to make adequate arrangements for wheat procurement in mandis of State, Harvesting of wheat at time fixed, Chairman PSPCL has been directed to ensure availability of power 24 hours in the 1872 procurement centres and another rice mills cum Mandi Yards. Further, DGP has also been written to regarding providing required security in the procurement centres. District level control rooms and Mandi wise grievance redressal committees have been formed to sort out any issues of farmers. Besides this, the Food and Civil Supplies Department has also set up a control room at Head Office level for redressing the complaints of farmers.