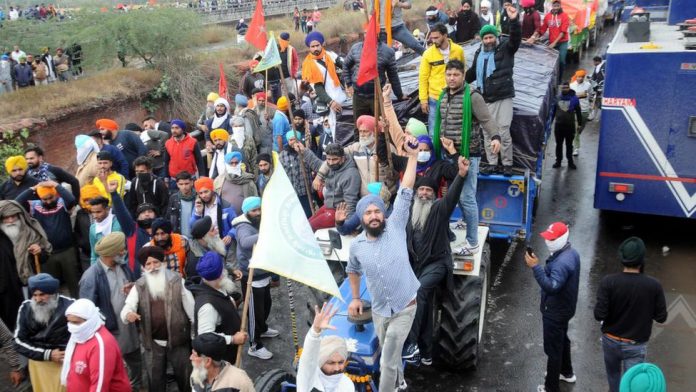 Farmer leaders welcomed the Supreme Court order to stay the implementation of three farm laws on Tuesday, but said they would not call off their protest until the legislations are repealed.

The top court has sought the cooperation of the protesting farmers and made it clear that no power can prevent it from setting up a panel to resolve the impasse over the controversial farm laws.

Thousands of farmers, mostly from Haryana and Punjab, have been protesting at several border points of Delhi since November 28 last year, demanding a repeal of the three laws and a legal guarantee to the minimum support price (MSP) system for their crops.

Enacted in September last year, the three laws have been projected by the Centre as major reforms in the agriculture sector that will remove middlemen and allow farmers to sell their produce anywhere in the country.

However, the protesting farmers have expressed their apprehension that the new laws would pave the way for eliminating the safety cushion of the MSP and do away with the “mandi” (wholesale market) system, leaving them at the mercy of big corporates.