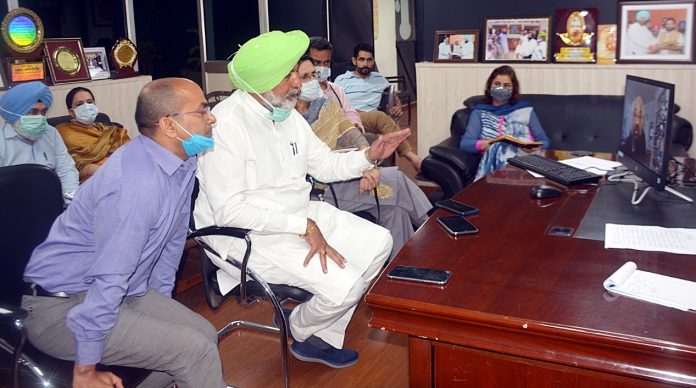 -Agree upon need to scale up tracing and testing

Each State/ UT shared its strategy and apprehending future spike in COVID cases agreed upon the need to scale up tracing and testing.

Punjab intends to launch a rapid testing drive aiming to screen one million people said he. Gearing up for this, acquisition of 10 lakh Rapid Testing Kits (RTK) has been approved by the Punjab Cabinet and order for requisition of one lakh kits from ICMR has been placed. Besides, testing capacity of Viral Research Diagnostic Labs (VRDL) in Government Medical Colleges at Patiala and Amritsar has been increased. Approval for testing at GMC Faridkot, DMC and CMC Ludhiana has also been sought from Government of India, he added.

Punjab Health Minister informed that modalities are being worked out for manufacturing PPE kits at Ludhiana which once operational would enable Punjab not just to meet its own requirement but would have sufficient kits to supply to other states.

During the VC, some of the Health Ministers suggested setting up of testing facility at every district headquarters, in case of exponential growth in covid-19 cases. However, Punjab is expected to cope up the situation with GoI’s approval to rope in GMC Faridkot, DMC and CMC Ludhiana, said Balbir Singh Sidhu.

So far, Influenza like Illness (ILI) cases or those with international travel history or the contacts of covid-19 patients are being screened but asymptomatic cases being found positive in different parts of the country, is an alarming phenomena which calls for better preparation, agreed all.

Besides others, the Video Conference was attended by Mr. ManishTewari, Mr Shashi Tharoor (both Member Parliament) as well as Padma Bhushan, Mr. Sam Pitroda. 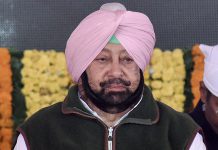 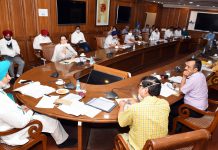 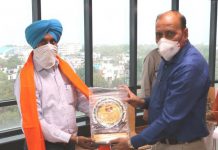