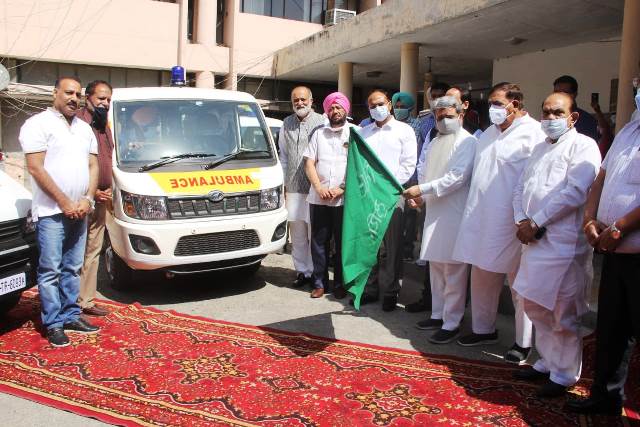 On the occasion of birth anniversary of father of the nation, Mahatma Gandhi, Punjab Food, Civil Supplies & Consumer Affairs Minister Mr Bharat Bhushan Ashu today laid the foundation stone of 13 rural sports parks coming up in district Ludhiana. The foundation stone of these sports grounds was laid virtually with the help of online system.

It is pertinent to mention that under the Mission Tandrust Punjab of the Punjab government, Chief Minister Capt Amarinder Singh today laid the foundation stone of 150 rural sports parks virtually today. This online video conference was also attended by Mr Bharat Bhushan Ashu and others.

Mr Bharat Bhushan Ashu informed that for the benefit of youth residing in rural areas of the state, sports parks are being developed by the Punjab government. These sports parks would be of different designs and would come up on 1 acre to 4 acre land. He said that each block would have 5 such parks and in total, the district Ludhiana would have 65 parks. He said that the parks, whose foundation stone was laid today, would be completed within set time frame and would be dedicated to the public in next 6 months time.

On this occasion, Mr Ashu also flagged off 7 ambulances for providing best healthcare facilities to the residents. These ambulances have been donated to the state government by Zee Entertainment. He informed that 4 ambulances have already reached the city while the remaining 3 would come shortly.

In his address on the occasion, Mr Bharat Bhushan Ashu said that there is a need to promote Mahatma Gandhi’s message of non-violence, truth and peace amongst the masses, especially the youth. He also congratulated Ludhiana residents on the occasion of birth anniversary of Mahatma Gandhi and urged them to contribute in nation building. He also congratulated the residents on the birth anniversary of great leader Lal Bahadur Shastri.

Mr Ashu said that several welfare schemes have been launched by the Punjab government on the birth anniversary of Mahatma Gandhi. He said that the health department is in the process of purchasing around 100 ambulances. 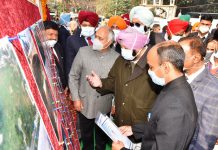 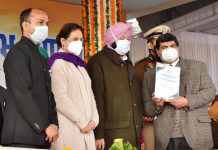