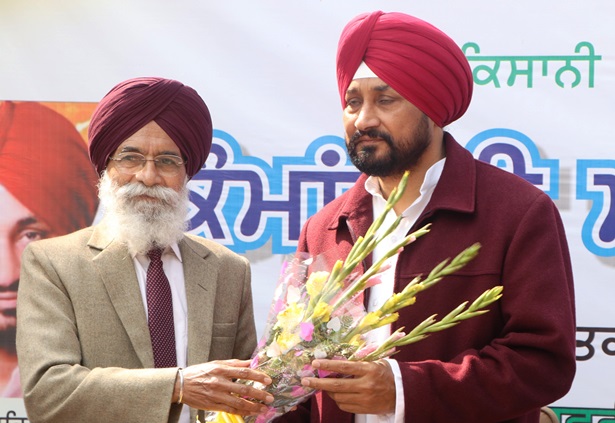 India is a beautiful bouquet of multiple languages and cultures in the different regions and those who are propagating the concept of one language one Nation are Anti Nationals. The Punjab Tourism and Cultural Affairs Minister Mr. Charanjit Singh Channi said this today at a function organised by the Punjab Kala Parishad on the occasion of ‘International Mother Language Day’.

The Cultural Affairs Minister further said that some people are trying to pull flowers out of this bouquet which will create a threat to the existence of many minorities. He also said that unity in diversity is the real strength of our nation and strongly advocated that people should not be divided in the name of language, religion or caste.

Mr. Channi also pointed out that to promote our mother tongue Punjabi, it must be made compulsory in the state till 10th standard in all private schools also. “Apart from this, the working of Courts should be done in Punjabi language”, said the minister adding the Punjab Government under the leadership of Chief Minister Captain Amarinder Singh is actively working in this direction so that even the common people could easily read and understand all the cases and judgments in the Punjabi.

The Minister further said that the Punjab Government is untiringly working to provide professional, technical and vocational education in Punjabi language. He also divulged that the Department of Technical Education has taken a lead in this by translating the syllabus books in Punjabi for the reference of students.

Mr. Channi announced that this year Rs. 2 crore budget provision would be made for the Punjab Kala Parishad. He also announced to celebrate ‘Punjab Cultural Day’ annually the date for which would be finalized soon.

On the occasion, the Chairman Punjab Kala Parishad and prominent Punjabi Poet Padma Shri  Dr. Surjit Patar said that as per the message, teachings and sacrifice of Sri Guru Tegh Bahadur Ji, we should respect all languages and cultures. He further said that we should feel proud in conversing in our mother tongue Punjabi and called upon especially the private schools to stop creating the inferiority complex among the Punjabi speaking children.

Prominent Punjabi promoters Gurmukh Singh Lalli who has created a library of 120 year old Punjabi songs and Karamjit Singh Gathwala who is running a Punjabi Kavita website having collection of poems and writings of more than 700 Punjabi poets and writers, were honoured on the occasion. Apart from this, some books on the promotion of Punjabi language were also released.