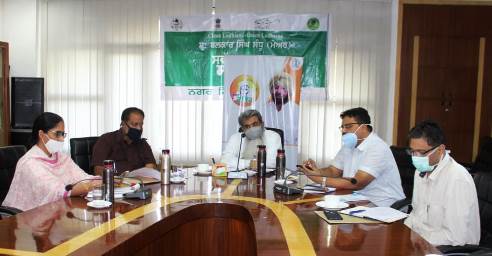 He suggested MC authorities to introduce the technology in the system so that people can get their works done smoothly. He also asked MC authorities to notify the person, who applied for any service from MC via SMS that how much time it will take and also send an SMS when the work was done.

He asked the MC officials to pull up their socks to set up a clean and foolproof system by plugging loopholes and developing work culture at the Civic Body.

Meanwhile, The Minister gave MC authorities a week to set the system in place.