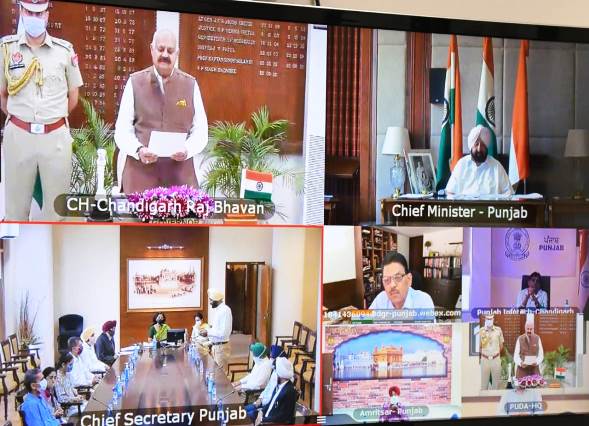 Earlier, the Chief Secretary, Ms Vini Mahajan, from her office, sought the permission of the Governor to start the swearing in ceremony. On this occasion Member Parliament Mrs. Preneet Kaur was also present.

Mr. Amarpartap Singh Sekhon had served as OSD to Mrs. Preneet Kaur when she was Union Minister of State for External Affairs. After that Mr. Sekhon has been serving as OSD to Chief Minister Captain Amarinder Singh from the last 4 years.