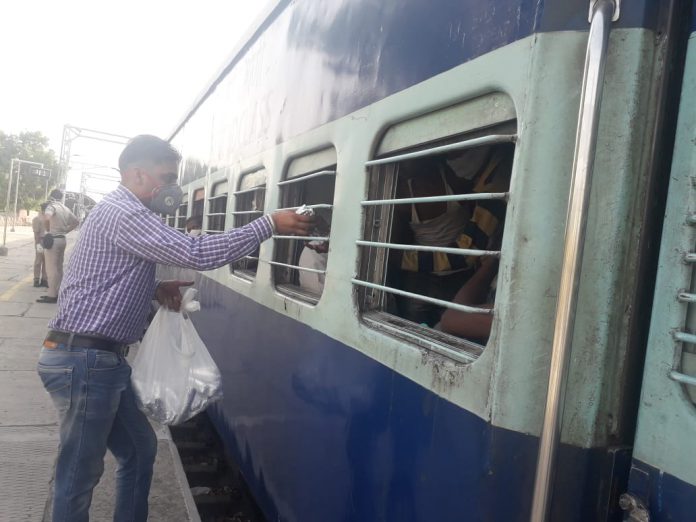 – More than 2.5 lakh migrants have been sent to their home states So far

Chandigarh, May 21: Heeding to the demand of migrant workers stranded in the state due to lockdown, the Punjab Government has sought consent to send 59 more special trains to the Bihar. Punjab Chief Secretary Mr. Karan Avtar Singh has written a letter to his Bihar counterpart Mr. Deepak Kumar to seek consent of the Bihar government in this regard.

An official spokesperson of the state government said that the consent has been sought to ply 12 trains everyday and detailed list of 59 trains has also been sent to the Bihar government.

However, trains have already been running from Punjab to many cities of Bihar. The Punjab government has made elaborate arrangements to run 59 more trains as the migrant workers wished to return their home state.

A spokesperson said that these trains would chug off from Ludhiana, Jalandhar, Mohali, Amritsar, Sirhind and Patiala Railway Stations to the various cities of Bihar, which included Buxar, Sitamarhi, Patna, Saharsa, Bhagalpur, Muzaffarpur, Chhapra, Kishanganj, Hajipur, Gaya, Bettiha, Danapur, Siwan and Katihar besides other major cities.

He said that migrant workers would be examined by medical teams and those who are found asymptomatic are only allowed to board the train with prescribed medical certificate for each passenger.

According to the spokesperson, as per the directions of the Chief Minister Captain Amarinder Singh, more than 2.5 lakh migrant workers have already been sent safely to their home states by more than 220 trains and this process is still going on. Notably, most of the trains have already been sent to UP, Bihar and Jharkhand. The Punjab government is also sending trains to Chhattisgarh, Manipur, Madhya Pradesh, Maharashtra, West Bengal and Andhra Pradesh. The passengers have been provided with food, water and all other necessary commodities for their journey.