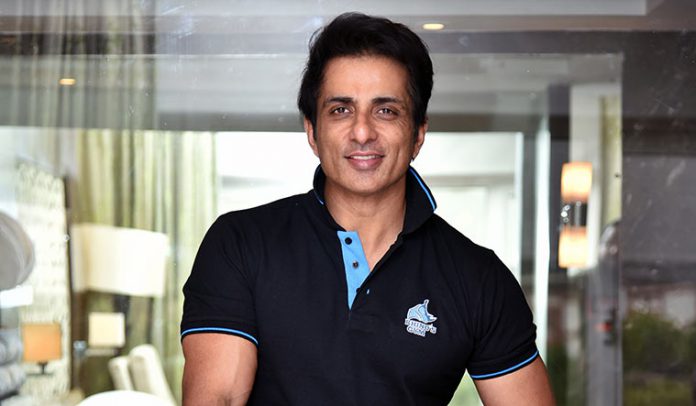 Bollywood actor Sonu Sood, an icon appointed by the Election Commission of India (ECI) to create awareness among the youth of Punjab, said that he himself relized  big responsibility when voted for the first time.

Addressing an online press conference at Punjab Bhawan here today, Sonu Sood said that when he exercised his franchise right for the first time in Moga, He went on a scooter with his father to cast his vote and the sense of responsibility felt at that time is being felt now while making the youngsters aware about their right to vote.

Bollywood actor appealed to the people of Punjab to participate in the polls and said that only by exercising their voting right we could a solve all problems of the country.  He exhorted the young voters to cast their votes and exercise this right without any fear or greed.

Responding to questions from reporters, Sonu Sood said he had no affiliation with any political party and there was no political motive behind the door-to-door service.  But the purpose of this service was only to serve the people in difficult times , he said.  Speaking in standard Punjabi, he mentioned that Punjabis are well aware politically.

During the press conference Additional Chief Electoral Officer Mrs. Madhavi Kataria, who was present at Punjab Bhawan, told the story behind the involvement of Sonu Sood in the campaign and how she got in touch with the Bollywood actor.  She also appealed to the youth of Punjab to make their vote and use it wisely and ignore the short term benefits.