Chandigarh: In an effort to strengthen prison security, the Punjab Government has decided to deploy the Central Industrial Security Force (CISF) for checking and frisking at six of the 10 high-security jails in the state by the end of July 2018.

This was decided on Monday at a high-level meeting chaired by Chief Minister Captain Amarinder Singh, who directed the Jails Department to coordinate with the central authorities to expedite the process of CSIF deployment at these six prisons.

The Jails Department is getting two companies of CISF from the Centre and plans to deploy one platoon each in six of the state’s high-security prisons. The CISF personnel will be posted in Deori corridor between two main gates of the jail), where currently frisking is done by either jail Warders/Matrons or by PESCO jawans. Watch towers on outer walls will continue to be manned by Punjab Police and Punjab Home Guard jawans.

Expressing concern over security violations and sneaking of mobile phones and drugs etc into the state’s prisons, the Chief Minister ordered the Jails Department to ensure efficient working of all installed Close Circuit Televsion Cameras (CCTV) inside the jails. He also ordered steps to make the law for seizure of mobile phones and drugs in prisons more stringent, with a provisions for the punishment for the same to run separate from the existing sentence.

The Chief Minister ordered the DGP to crack down on all such offenders and take stern action against any police or prison official founding conniving in the supply of cell phones or drugs to the inmates.

Earlier, the Additional Chief Secretary Home informed the Chief Minister that out of the total 244 gangsters lodged in Punjab prisons, 86 are A-category gangsters. Since January 2017, more than 2000 mobile phones had been confiscated from the inmates, while 389 cases had been filed against recovery of prohibited drugs from prisoners.

Taking cognizance of the death threats being issued by gangsters to police and jail officers, Captain Amarinder ordered enhancement in the security of those directly involved in dealing with hardcore criminals and gangsters, along with their family members. He also asked the Additional Chief Secretary Home to provide personal vehicles to all Jail Superintendents across the state.

In another step to improve the prison system, the Chief Minister directed the Jails Department to explore the possibility of changing the recruitment rules to make it mandatory for the newly recruited DSPs to undergo one-year stint in jails before being promoted to the SP rank.

Asserting that financial constraints would not be allowed to scuttle his government’s efforts to modernize the prisons, the Chief Minister directed the Finance Department to make available the Rs 29 crore needed by the Department for procurement of hi-tech security apparatus for all state jails. He asked the Jails Department to prepare a comprehensive plan listing the requirement of such equipment, including DFMDs/HHMDs, X-ray baggage machines, deep search metal detectors, pole metal detectors, full body scanners, boom barriers, dragon and flood lights.

While expressing satisfaction at the recruitment of 550-odd watch and ward personnel in the past one year, the Chief Minister ordered expediting of the process of filling up the remaining vacancies.

As part of the prisons reforms process, the Chief Minister also underlined the importance of correctional and skills training for rehabilitation after their release, besides upgradation of the existing prison factories. 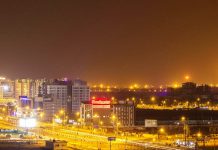 Indore and Surat to get Smart City Award, Uttar Pradesh ahead in ‘State Category 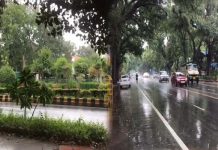 Heavy rains in Delhi before monsoon, overcast skies for next 5 days 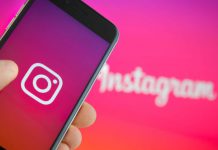