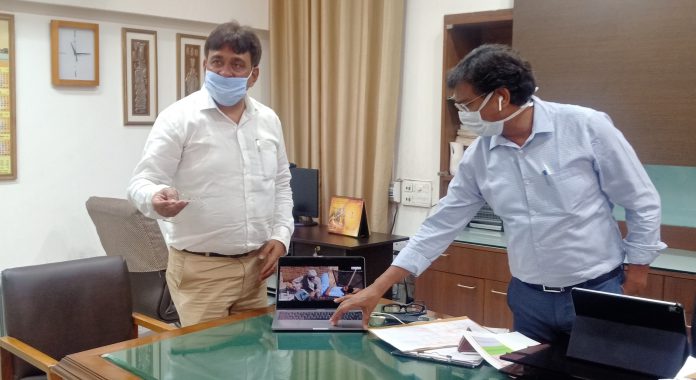 AS COMPARED TO LAST TWO YEARS, THE NUMBER OF FIRE INCIDENTS IN WHEAT (RABI) SEASON HAVE REDUCED: DEPUTY COMMISSIONER

Ludhiana, May 22: To educate the farmers about the ill effects of burning of wheat straw during the Rabi season, Deputy Commissioner Ludhiana Mr Pradeep Kumar Agrawal today released four jingles. These jingles have been prepared jointly by the experts of Punjab Agricultural University (PAU) Ludhiana and Punjab Pollution Control Board (PPCB).

Mr Agrawal said that the District Administration, Ludhiana has been continuously making dedicated efforts for educating the farmers about ill effects of burning of wheat straw. He said that it is due to these efforts that as compared to last two years, the number of fire incidents till May 21, 2020, has decreased. He said that these fire incidents are decreasing with each passing year.

Dr Anil Sharma, Assistant Director (Television), PAU, informed that these jingles have been prepared keeping in mind that the farmers can be educated about the ill effects of burning of wheat straw. He said that the lyrics of these jingles have been penned by Punjabi poet Prof Gurbhajan Gill, and have been sung and music by folk singer Rajinder Malhar, dialogues are by singer Harmit Singh and Dr Anil Sharma himself, all the actors in these jingles are students of PAU namely Harjoban Singh, Jaswant Singh, Abhishek Vij, Sharan Aulakh, Prabh Dhaliwal, Palwinder Baasi, master Anhad Prem Singh (son of a PAU employee) and Surinder Singh.

He said that the PAU have been preparing such jingles on various issues regularly. He said that when an issue is raised in the form of a jingle, its reach increases manifold.