Disclosing this a spokesperson of VB said complaint Mandeep Singh was sarpanch of gram panchayat Bheni Bagha in Mansa district from the year 2008-12. He was served a notice to deposit Rs. 45 lakhs by then BDPO Mansa Jagtar Singh for committing irregularities in development works executed by the panchayat and his agricultural land measuring 13 acres was attached by the department on the recommendation of Jagtar Singh for recovering the amount.

Now the Panchayats and Rural Development department on the review application of ex sarpanch Mandeep Singh has ordered to recheck the previous development works through executive engineer Panchayti Raj who in turn has reported irregularities to the tune of Rs. 3.94 lakhs only that could be recovered from village ex sarpanch.

The complainant Mandeep Singh has approached the VB and alleged that the DDPO Mansa Jagtar Singh, who was earlier posted as BDPO Mansa, has demanded Rs. 5 lakhs to deposit the amount and the deal was struck at Rs. 2.20 lakhs. He also informed that he had already paid Rs. 1 lakh to the accused DDPO through senior assistant Gurdarshan Singh.

The spokesperson added that after verifying his allegations the VB team laid a trap and Rs one lakh paid as second installment was recovered from pocket of accused Rakesh Kumar sitting with DDPO in the office in the presence of two official witnesses. He informed that the VB team has also recovered the marked currency notes amounting to Rs. one lakh from the house of DDPO during the search operation.

He added that a case under prevention of corruption act has been registered against all the three accused at VB police station Bathinda and further investigations were under progress. 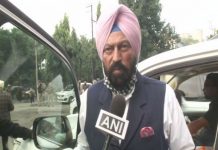 Punjabi youngsters’ detention by Himachal police an attack on constitutional rights and democratic fabric of the country: Rana Sodhi 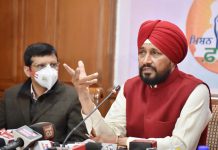 HIGHEST EVER ALLOCATION OF Rs. 3445.14 CRORE FOR TRANSFORMING RURAL SECTOR UNDER PHASE-2 OF SVC IN 13265 PANCHAYATS ACROSS 22 DISTRICTS