The auspicious festival of Navratri and Durga Puja is here and the entire nation is gripped in the festive spirit of celebrations. Navratri is a nine-day long festival which began from October 10 and will last till the 18th of this month with Vijayadashami falling on the 19th.During these 9 days, Maa Durga is worshipped in different avatars. Each day is dedicated to one particular Goddess avatar or form and devotees pray to Maa for bestowing blessings upon them and their near ones.

She rides a tiger and in her eight arms, holds, lotus, bow, arrow, kamandal (water pot), Chakra, Gada (mace), japa maala and pot of Amrit. It is believed that because of Her smile only there is light in the universe. She resides in the Suryalok, in the core of the Sun. It is believed She has so much power that only She could reside there.

Each day of the Navratri is devoted to one of the nine avatars of Maa Durga. The nine different forms are Shailaputri, Brahmacharini, Chandraghanta, Kushmanda, Skandamata, Katyayini, Kaalratri, Mahagauri and Siddhidhatri. 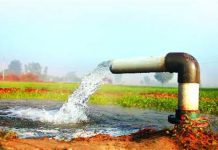 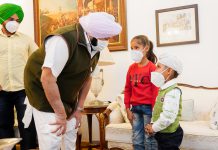 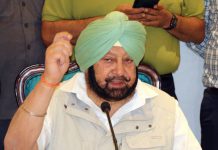