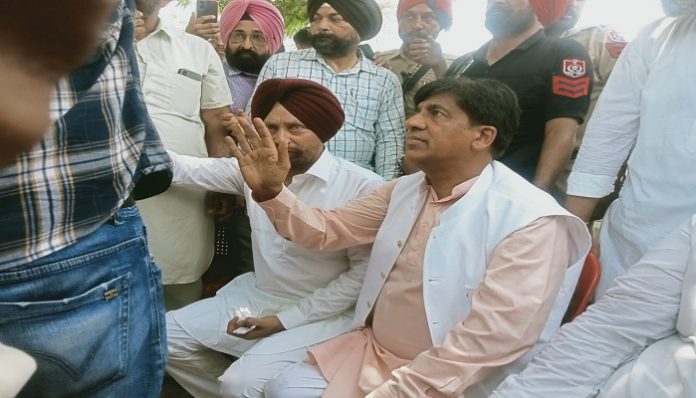 Repair work will be finished within one week, Bram Shanker Jhimpa

Chandigarh/Muktsar: Punjab Revenue, Rehabilitation and Disaster Management and Water Resources Minister Mr. Bram Shanker Jhimpa today visited Muktsar to have first hand information in the ongoing repair of Sirhind Feeder where a breach of around 250 feet was reported last week.

The river breached its banks on both sides and the area adjoining Rajasthan Feeder which is running parallel to Sirhind Feeder too got damaged. “Our officials are burning night oil to plug the entire area of canal at a war footing. Water will again flow in the canal within next week or so”, the Minister said.

Areas falling in Muktsar district and Fazilka got affected due to this breach. The Minister also pointed out that the places which are weak at other places too will be repaired. Also the canal safety gates which were worn out too will be repaired or replaced. Principal Secretary Water Resources Mr. Krishan Kumar, who also visited the canal said that complaints pertaining to the use of inferior quality of repair work has been noted down and a close watch will be kept for the ongoing work.

The department officials said that the breach occurred as Rajasthan Feeder’s water supply was stopped due to its repair and it’s flow was diverted into Sirhind Feeder. The level of water increased in Sirhind Canal which resulted in breach. Among others who were also present during the visit were Cabinet Minister Dr. Baljeet Kaur, Muktsar MLA Kaka Brar, Lambi MLA Gurmeet Khuddian, Jalalabad MLA Goldy Kamboj and Deputy Commissioner Vineet Kumar. 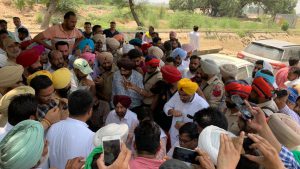 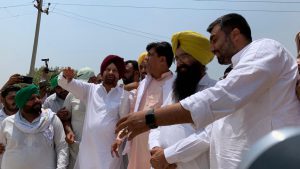