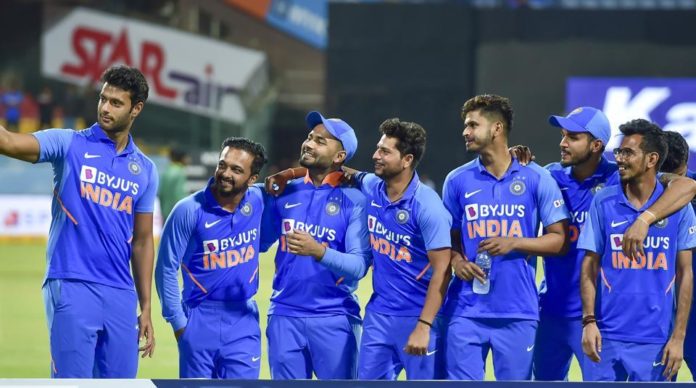 India Team, On Friday signalled their aim early in the series as they crushed New Zealand by 6 wickets in the first of five T20Is in Auckland. Just two days after landing in the country, India didn’t show any signs of jet lag even if there was any as they chased down the massive target of 204 with an over to spare at The Eden Park Stadium to take a 1-0 series lead.

Virat Kohli and KL Rahul provided a solid foundation for the run chase with a second-wicket partnership off 99 runs after which Shreyas Iyer and Manish Pandey took the team over the line with their unconquered 62-run stand. Iyer top-scored for India and remained unconquered on 58 off 29 balls while Rahul was the second half-centurion for the visitors with 56 off 27 balls.

Kohli and Pandey played excellent supporting roles with scores of 45 and 14 not out respectively. Kohli praised his bowlers for restricting the Black Caps to a obtinable total on the small ground but also stated that his team’s fielding effort needs to improve. New Zealand had started with a flourish, but the Indian bowlers – led by Jasprit Bumrah (1/31) – came back strongly to restrict the Kiwis to 203 for 5 after electing to field first. “We enjoyed it.

Just landing two days ago and playing a game like this sets it up for the whole tour. We had a really good series against Australia and we took that confidence in here. “You can’t be harsh on anyone on this kind of pitch. I think we did well in the middle overs, to restrict them under 210 was a good effort. I think fielding is one thing that we can improve on, just getting used to the ground dimensions and the ball snaking a bit,” At the post-match presentation, kohli said.