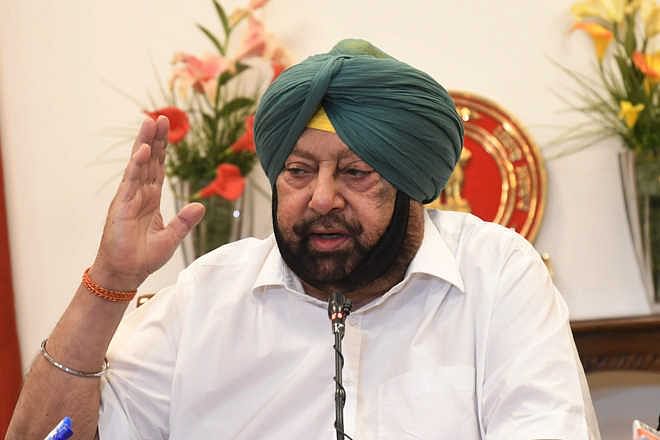 Chief Minister Captain Amarinder Singh under his Government’s flagship programme has facilitated employment to more than 15 lakh youth of the State during the period from April 1, 2017 to September 30, 2020 with a view to ensure job avenues for harnessing the potential of technically skilled manpower of the State.

According to a spokesperson of the Chief Minister’s Office, the State Government under the visionary leadership of Captain Amarinder Singh during its 42 months tenure till September 2020, made dedicated efforts with focused approach in providing enormous employment opportunities to the youth through ‘Ghar Ghar Rozgar and Karobar Mission’, Job Fairs, District Bureau of Employment and Enterprise (DBEEs) besides apprising the unemployed youth about Self Employment Schemes through distribution of DBEE’s information manuals/brochures.

Giving the breakup of the jobs provided to the youth, the spokesperson said that out of the total 15.08 lac jobs provided to the youth, 58,709 have been given government jobs (including contractual) and 5.70 lac placed in the private sector besides 8.80 lac youth have been facilitated to take up self employment ventures during the aforesaid period.

Referring to the employment generated under the MGNREGA scheme from April 1, 2017 to June 30, 2020, the spokesperson said that 28.70 lac households have been provided employment with 794.54 lac mandays.

Meanwhile, a State Employment Plan 2020-22, to fill vacant jobs in government departments, boards, corporations and agencies in a phased time-bound manner has been approved by the Cabinet on October 14, 2020 in order to fulfil the promise of Captain Amarinder Singh to provide one lakh government jobs to youth in the remaining term of his government. The Chief Minister had in March announced that 50,000 direct quota vacant government posts shall be filled in FY 2020-21 and another 50,000 posts in fiscal 2021-22, as a part of his flagship programme ‘Ghar Ghar Rozgar’, revealed the spokesperson.

It may be recalled that the party manifesto had promised to provide ‘One job to each household’ in the State to each youth aged between 18-35 years. In line with this promise, the Punjab Cabinet decided to establish Punjab Ghar Ghar Rozgar and Karobar Mission in its meeting held on October 3, 2018 with the objectives to create necessary framework to facilitate Wage and Self-employment for the unemployed people of the State of Punjab, to improve employability through skill training/skill up-gradation besides identifying the areas having potential for employment generation and to harness that potential with government intervention.