All nine members of a South Korean climbing expedition were confirmed dead today after a violent snowstorm devastated their camp on Nepal’s Mount Gurja, one of the deadliest mountaineering accidents to hit the Himalayan nation in recent years.

The bodies of eight climbers – four South Koreans and four Nepali guides – were spotted among the wreckage of their camp by a rescue team early this morning, but strong winds and icy conditions were hampering the search effort.

A fifth South Korean climber was initially reported missing, but officials have now confirmed that he was at the camp when the deadly storm hit and is believed to have also perished.    “A mountain expedition of five South Korean nationals and four foreigners were swept off by strong winds at the base camp during their climb to Mount Gurja. (They) fell off a cliff and died,” the South Korean foreign ministry said in a statement.

Helicopter pilot Siddartha Gurung was among the first people to reach the site after the deadly storm and described a scene of total destruction with the tents flattened and the climber’s bodies scattered across the area.

“Everything is gone, all the tents are blown apart,”.

Gurung landed a helicopter just above the expedition team’s camp, but icy and unstable conditions meant they were unable to retrieve any of the bodies.

Nepal’s tourism department said a second helicopter was being sent to the site this afternoon.

“A helicopter has been sent for second rescue attempt but we are not sure whether it can get close to the incident site,” . 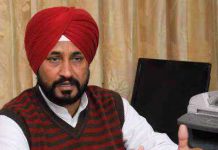 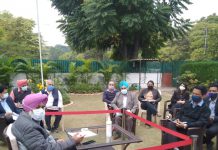 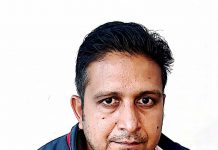