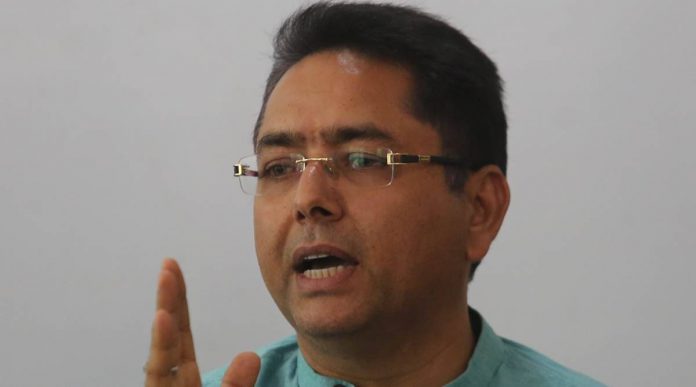 Zero tolerance against corruption & loot of public funds, no one will be spared if found indulging in malpractices – I&PRs Minister

Chandigarh – A day after Punjab Information & Public Relations and Housing & Urban Development Minister Aman Arora pulled up officials and contractor for using the substandard construction material, a team led by Chief Engineer and SDO Punjab Mandi Board on Monday got replaced the bricks and other materials used for the construction of modern vending zone in Sunam Udham Singh Wala.

The move came a day after the Cabinet Minister conducted a surprise inspection at the modern vending zone being constructed at a cost of Rs 1 crore at the old vegetable market in Sunam and detected that old and poor quality bricks were being used for installation of sewerage manhole chambers.

Pertinently, Aman Arora had directed the concerned officials and the contractor to replace the material at once otherwise a strict action would be initiated against them.

The Cabinet Minister has categorically stated that those who plunder state exchequer will be dealt with iron hands and strict action will be initiated against any officer, employee or contractor found misusing government funds.

Responding to the irrelevant and scurrilous statements of the opposition, the Cabinet Minister said that the loot of people’s money during the previous governments will no longer be tolerated by the Punjab government under the leadership of Chief Minister Bhagwant Mann.

He unequivocally said that the Mann government has adopted a zero tolerance policy against corruption and malpractice in government departments, therefore, no officer or employee will be spared if they found embroiled in any irregularities.