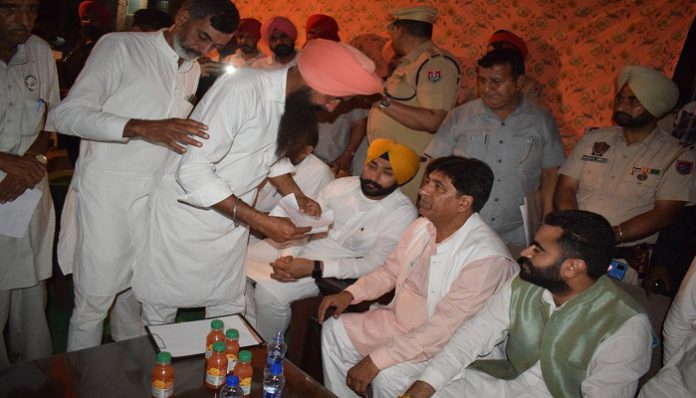 Says, canal water theft will not be tolerated

Chandigarh/Fazilka: Punjab Water Resources Minister Mr. Bram Shanker Jimpa’s late Friday night inspection-spree of canals, brought ray of hope to parched tail-end farmers of Fazilka and Jalalabad constituencies. The Minister categorically directed that illegal and altered water outlets will not be tolerated at any cost, while asking the department officials to plug all the illegal water outlets immediately.

The Water Resources Minister said that even distribution of canal water to all the farmers would be ensured and strict action will be taken as per law of land against all those, who will steal canal water by installing illegal pipes or by other means. During the surprise visit, Mr. Jagdeep Kamboj Goldy MLA Jalalabad, Mr. Narinder Pal Singh Sawna MLA Fazilka, Mr. Amandeep Singh Goldy Musafir MLA Balluana, Dr. Himanshu Aggarwal Deputy Commissioner and Bhupinder Singh Sidhu SSP Fazilka were also present.

The Cabinet Minister went inside the canals to inspect the illegal water outlets and said that the governing system in the state has changed. “Now there is a government of the common people of Punjab, so immediate action should be taken against those influential people, who are stealing water and all such illegal outlets should be plugged at the earliest so that farmers of tail-end could get their adequate share of canal water”, he added.

Mr. Jimpa also discussed problems related to canal water of farmers at village Khund Wala Sainia, near village Bahmaniwala, and Ladhuka and stopped at various other locations to inspect the canals. Though, the farmers took up their grievances with the Water Resources Minister but they were also amazed that even at midnight a minister of Punjab Government has reached them to listen to their grievances.

Mr. Bram Shanker Jimpa also made it clear to the authorities, the common man is the real power for the government of Chief Minister S. Bhagwant Singh Mann, assuring the farmers on this occasion that by closing all the illegal outlets and timely cleaning of the canals, the farmers would get adequate share of water. At the same time, he said that wherever there was a need to develop new canal projects, the government was fully prepared for it. 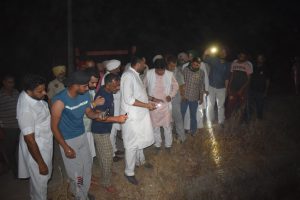 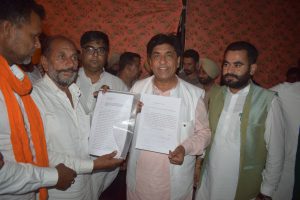 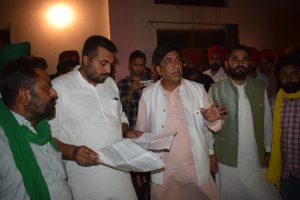 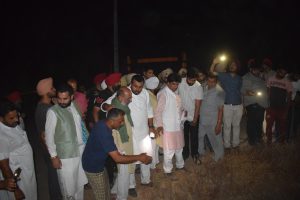