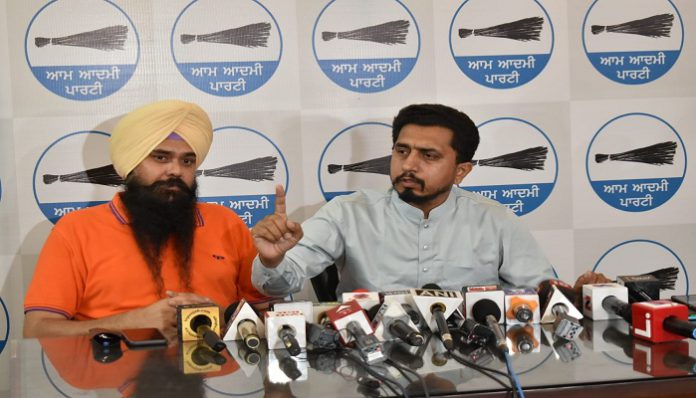 Congress played caste card to get away with corruption and loot, pulled drama of changing CM: Dinesh Chadha

Addressing the media along with AAP Punjab’s chief spokesperson Malwinder Singh Kang at the party headquarters on Sunday, Dinesh Chadha accused the Congress party of always doing politics of caste and religion and divided the people for their self-serving goals. They always tried to get in power by such polarization of voters. In Punjab too, Congress played caste-religion card to divide Punjabis before the elections and did not make Sunil Jakhar the chief minister.

Despite having the support of MLAs, he wasn’t made CM only because he is Hindu. Sumil Jakhar had to bear the brunt of same vile politics of Congress. Chadha said that after winning the elections in 2017, Congress government did nothing for the development of Punjab for four and a half years. Like Badals, Congress leaders patronaged corruption and mafia businesses in Punjab and earned a lot of money.

When the public came to know the truth of the Congress government, to mislead the people, the Congress played the caste card and did a drama of changing the chief minister. He said that Punjab is the land of gurus and martyrs. The seeds of caste-religion based politics and hatred will never grow on the soil of Punjab. The people have always taught a lesson, to not only Congress, but to every political party with religion-based divide policies.

He appealed to the people of Punjab to beware of the religious agendas of Congress-BJP and other parties, so that the atmosphere of peace and brotherhood is always maintained in Punjab. 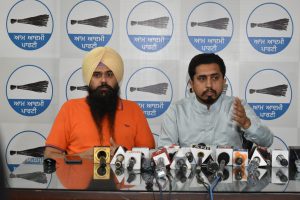