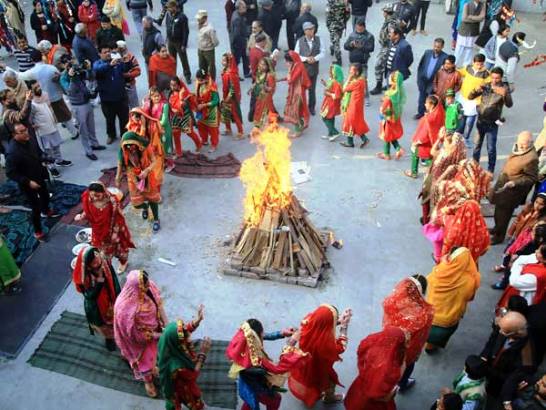 Every year festival of Lohri is celebrated in the northern India in the month of January which act as a source of social interaction and has mythological and historical significance. The form of celebration is changing gradually with the passage of time as the rivers change their courses with time and conditions but their basic character does not change similarly the ideal of the this festival still holding its position.

One of the major historical event which is the base of the festival in Punjab is related with the Rebel of Punjab named Dullah Bhatti. He was the person who stood against the atrocities of the Mughal Rulers with limited resources. He was indulged in the dacoities and the wealth from those dacoities was distributed by Dullah Bhatti to the poor and the needy. As per the verbal history contemporary rulers tried to forcefully took one of the relative girl of Dullah Bhatti, who was very beautiful. To save that girl from those rulers her father arranged her marriage and the ceremony which was performed was very simple.

Moving ahead from the traditional lines the Hindu priest was not there and the Ballads of Dullah Bhatti was sung for the marriage ceremony because Dullah was the savior of Girls and the poor. Dullah Bhatti who was considered as the messiah of Punjab who rescued girls from being forcibly taken to be sold in the slaves market of Middle East. Amongst those, he saved two girls named Sundri and Mundri , which is gradually became the theme of Punjab’ folklore. Earlier the children go around homes singing the traditional folk songs of Lohri with Dullah Bhatti’s name included but now this trend is fading away.

To remember the legendary Dullah Bhatti and to transfer the tinge of bravery from one generation to another generation the singing of ballads of Great Dullah Bhatti became the integral part of this festival. On the occasion of Lohri people gathers at various places with the sunset and the ceremony of Lohri Bonfire is performed.

As per the traditional months famous in Punjab, Lohri is celebrated on the last day of the month of Poh. This festival also marks the retreat of the winter season and the onset of the spring and warm days after the months of shivering days and long nights. According to mythological tales , Lohri is considered the Holika sister of Hiranyakashipu whom when put in fire with Prahalad due to evil motive of his father got burnt in the fire while Prahalad survived.

Traditionally, In houses that have recently had a marriage or childbirth, the celebration of the festival are observed at a grand scale , otherwise, people usually have private Lohri celebrations, in their houses. In states like Punjab and Harayana Kite Flying Competition is also Observed. It is a tradition to eat Gachak , Sarson da saag with Makki di roti ,Radish, ground nuts and jaggery etc. on this occasion.

But as we mentioned earlier now the river has changed its course and in today’s busy life people are gradually moving away from such a beautiful festival which was a tool of social strengthening. Now day’s people just send Lohri greetings through their cell phones with the help of social media platforms but they avoid real time social gatherings. This approach has been weakening the social strata. Moreover the younger and upcoming generations are also moving away from the traditional value system and all these things are resulting in social degradation.

To avoid the social problems we have to look back towards our traditions and celebrate our rich cultural festivals in full swing. 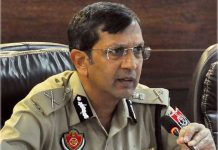 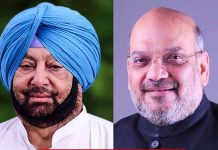 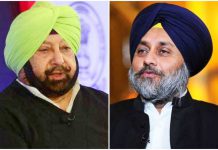