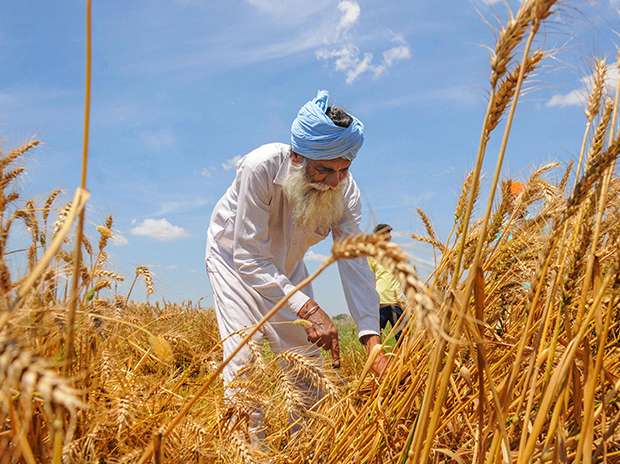 .
There are three models.
1. US, Canada, European, Newzealand, Australian model:
This is based on highly mechanised model. India us different. We have more working hands. They have more land an less population.
2. China’s model:
Similar in demographics to India, but disastrous.
1949-1961 phase:2.5 Crores to 5.5 Crores died due to feminine/failure if forcibly collectivisation of agricultural land.

1980s till now:in post Mao era if Deng ziao ping, total shift to Western pattern , new technology gave partial relief from food shortage but displaced about 30 Crores farming population from villages and agriculture.
Today Only 39.4 percent live in villages of China. Unchecked Genetically modified, farming, reliance on other extreme of mechanised agriculture destroyed Rural China that also should not be done in India.

3. We in India have longest tradition of farming in world that even attracted Cossacks from middle Asia to condiments and herbs growers from South Eastern Asia to sandy farming practices of gulf and Prussia.
May be mother nature had given us fertile land, plenty of water, 6 weathers and rich tradition of spoken as well as written wisdom as well as wisdom of “dialects”way back in 2500 BC.
May be we got best inputs of seeds and skills from our institutions of Nalanda/Texla to Rameshwarn.

We have our own strengths and weaknesses which we are capable if correcting.

It’s a big churning process. Something good will come out of it.
Prof. (Dr.) Prem Parkash Khosla