When a young student of a Catholic Church asked her teacher about the reasons why she decided to become a religious sister, her teacher told her a heartwarming love story. Many years ago, when she was at a similar age, the teacher (let’s call her Ms. Patterson) fell in love with a young man stemming from a wealthy family. The two began seeing each other and quickly developed a deep connection with each other. Unfortunately, the young man’s family was not at all in agreement with the relationship. They even threatened to enroll their son at a university overseas and far away. As Ms. Patterson came from a poor background, she couldn’t possibly have afforded to go with him at that time. This meant that if they wanted to continue the relationship, they would be separated from each other if they wanted or not.

But they both had fallen so in love with each other that ending the relationship – no matter in what way – was not an option. For this reason, they decided to run away. In great secrecy, they planned their escape and set these plans into action when the young man’s family finally found out about it. But instead of quickly returning back home after running away, the two never went back. They joined the church, took holy orders and began traveling the world for various humanitarian missions. The two spent 40 years traveling and even got married, shortly before the man’s life came to an end. 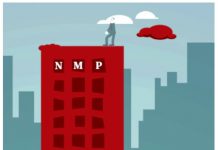 The truth about asset monetization 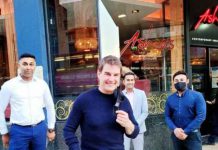 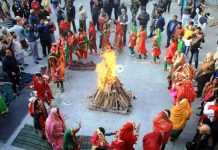 Story of The day

Lohri: From the Ballads of Dullah Bhatti to WhatsApp Greetings