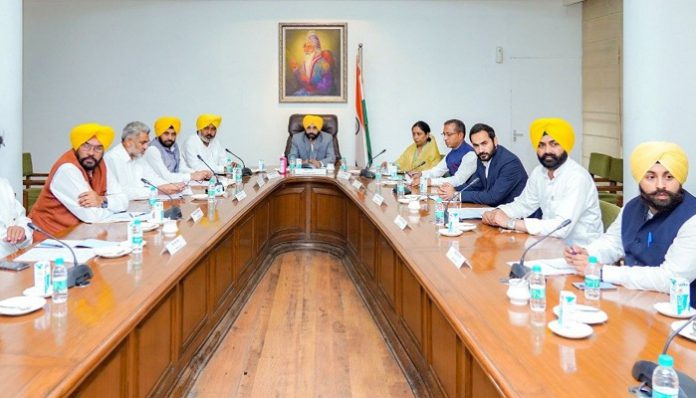 Chandigarh: In a major crackdown against nexus of gangsters and criminals operating from jails, the Punjab government led by Chief Minister Bhagwant Mann has so far confiscated 710 mobile phones from jails in a specially launched drive.

Bhagwant Mann said that these mobiles were used by the gangsters/ smugglers to run their rackets from the jails The Chief Minister said that investigations are on nab the persons on who’s name these numbers were registered. He said that very soon strict action will be taken against them.

Bhagwant Mann further responsibility of the officers and staff of jails who were involved in sneaking these mobiles in the jail will also be fixed. The Chief Minister further said that abolishing VIP culture in jails the Punjab government has decided to abandon the VIP cells and transforming them into administrative blocks.

He said that those lodged in jails have been punished by courts for violating law and they can’t enjoy facilities while sitting in jail. Bhagwant Mann said that these jails will now be truly reform (Sudhar) houses (Ghar) where these criminals will pay for their sin in right earnest.